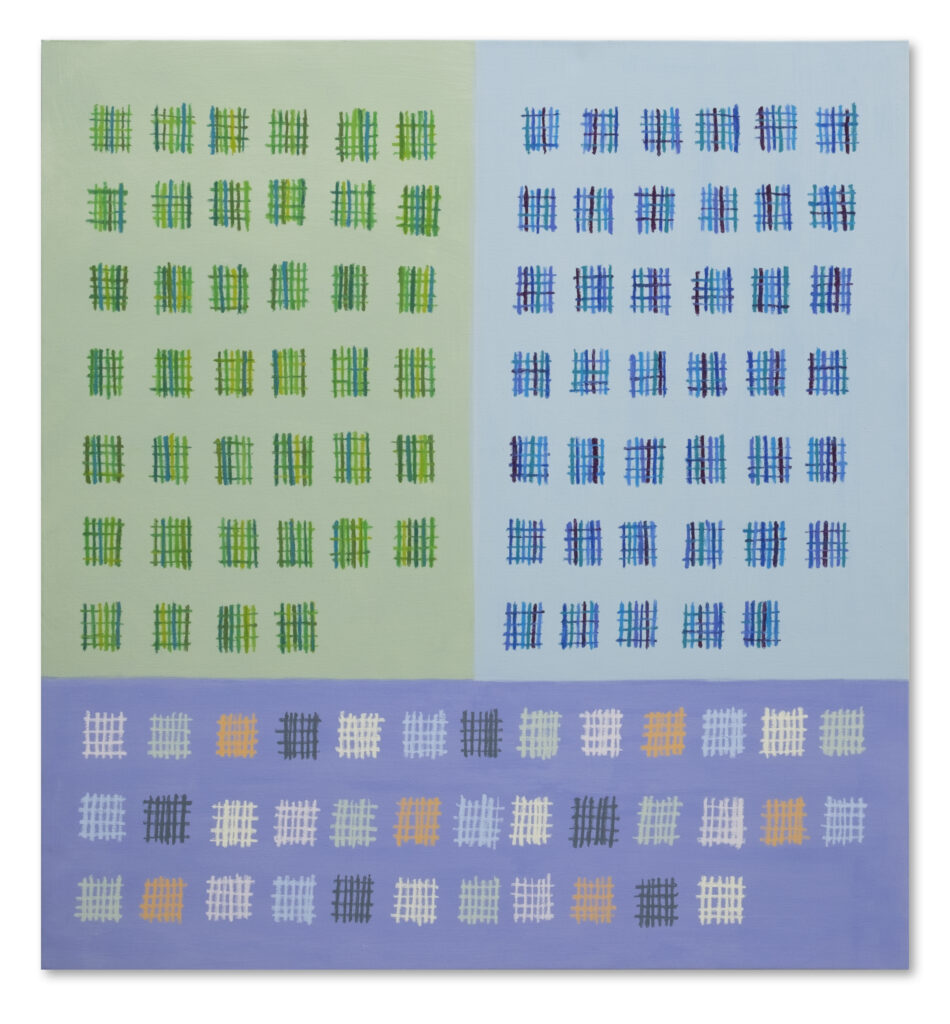 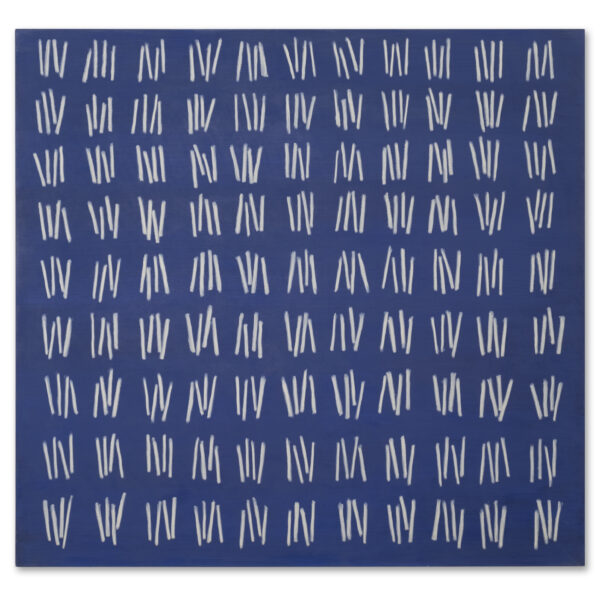 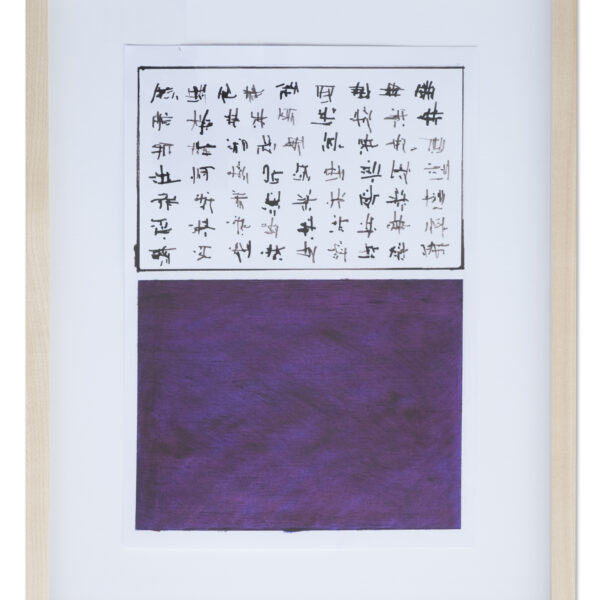 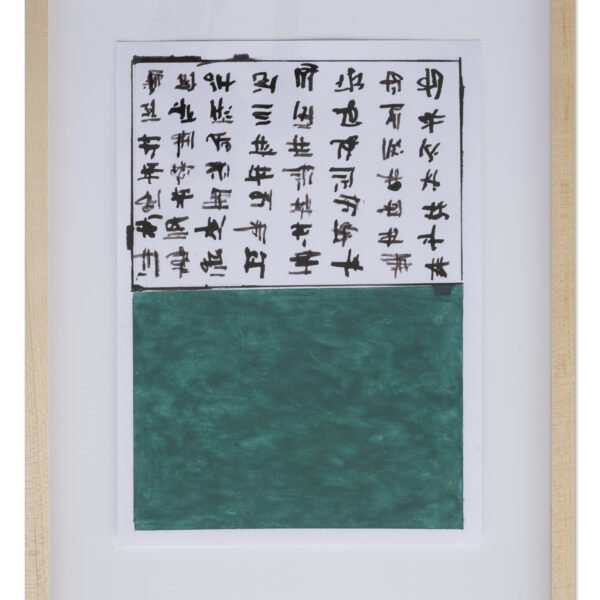 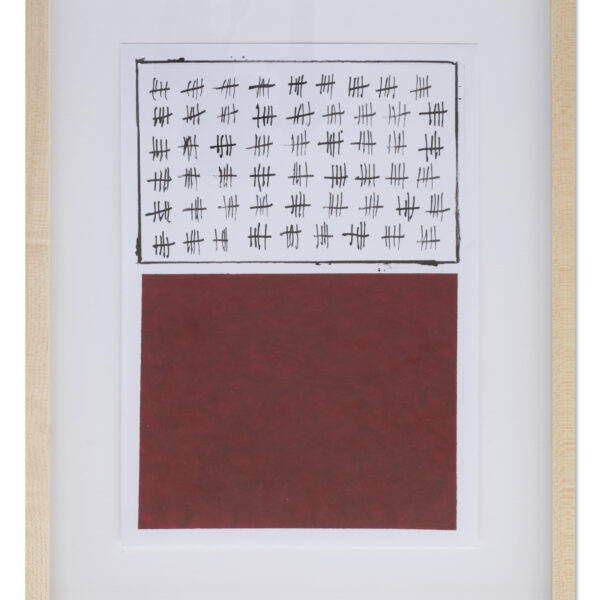 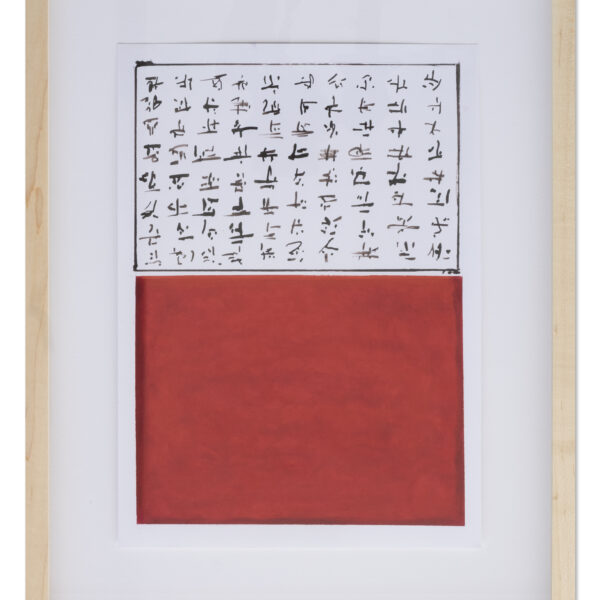 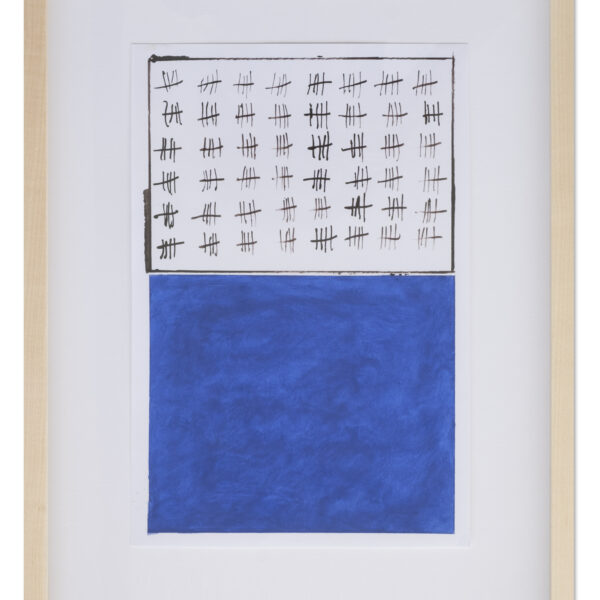 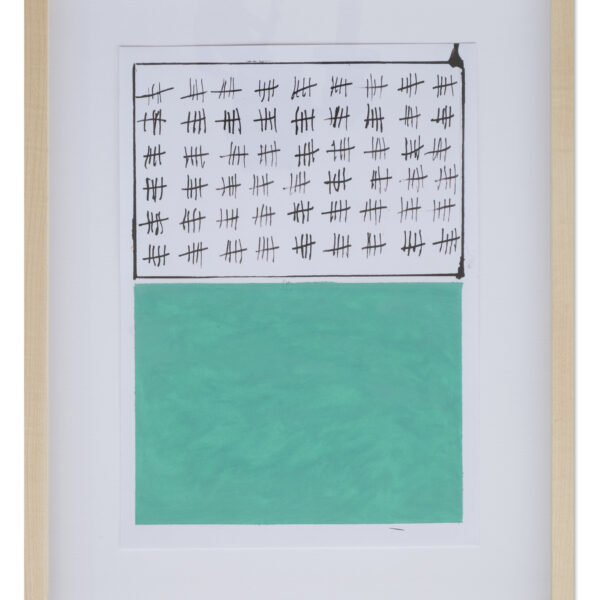 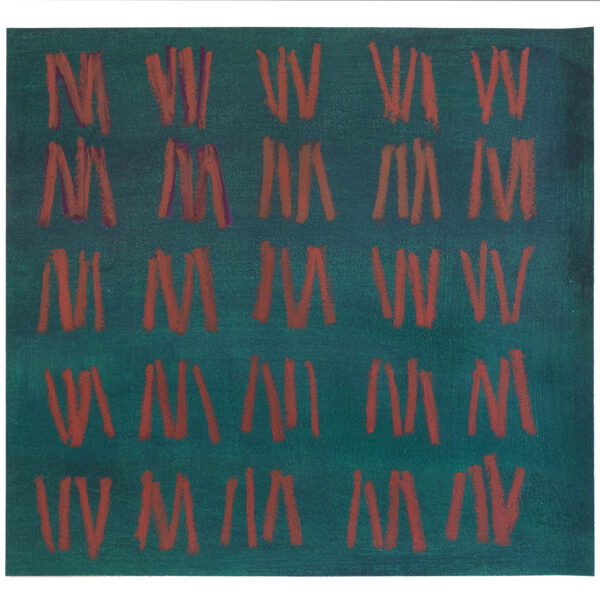 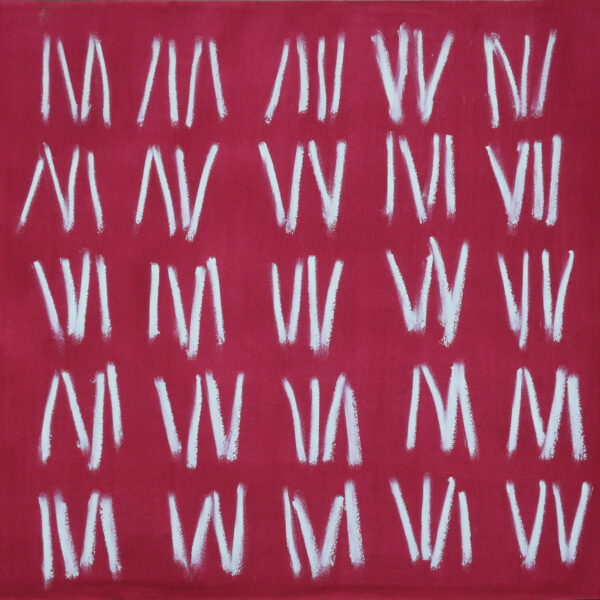 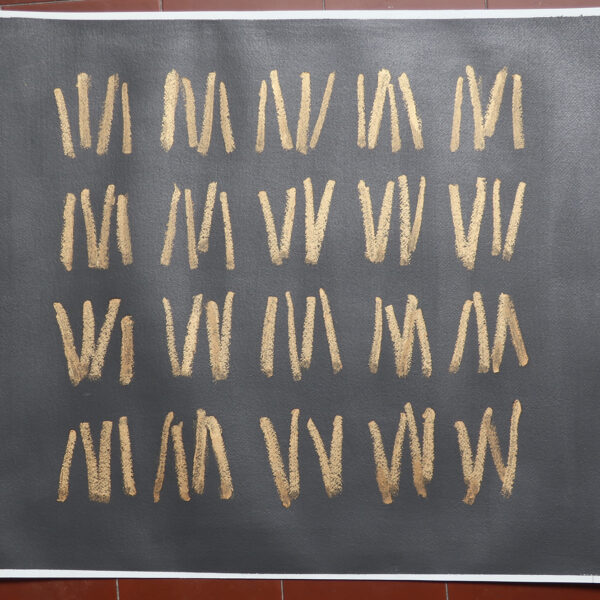 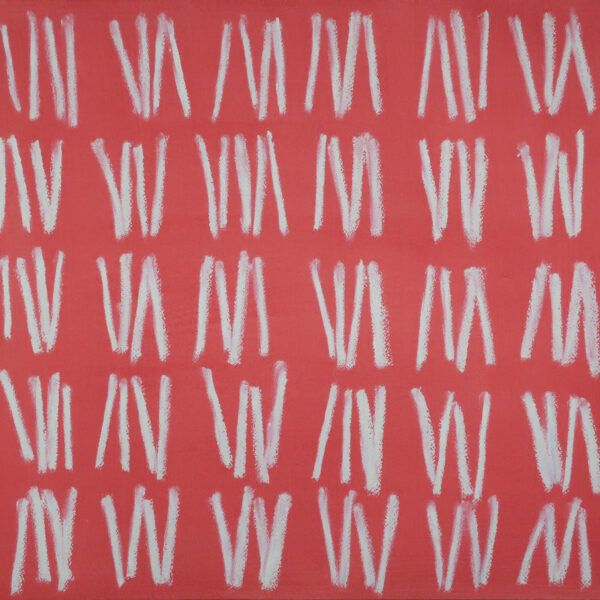 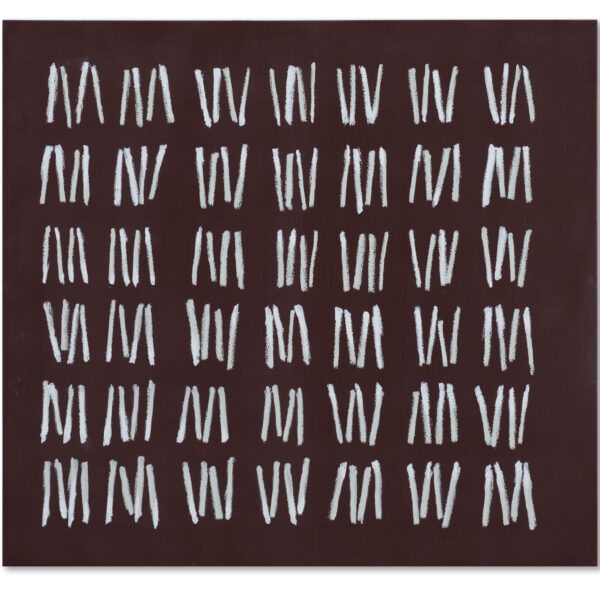 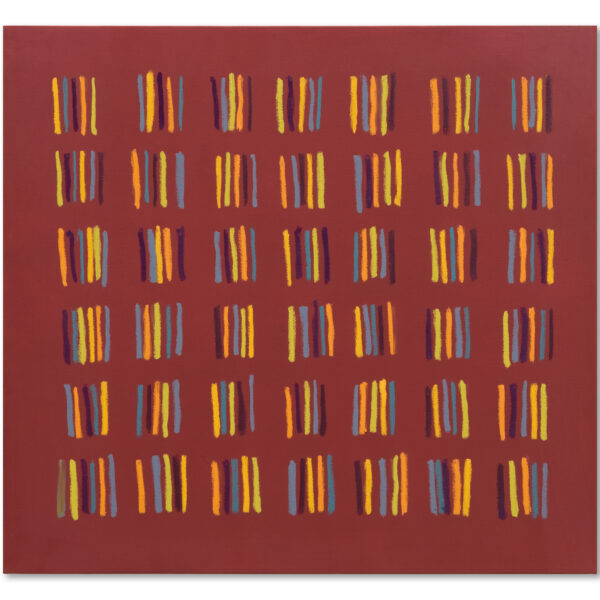 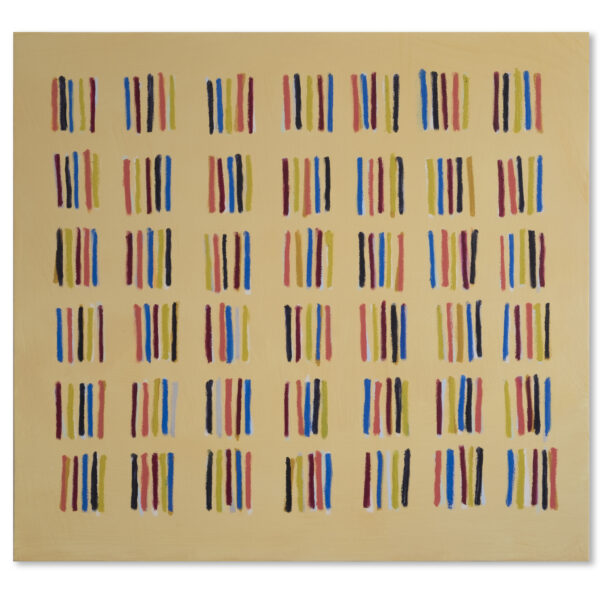 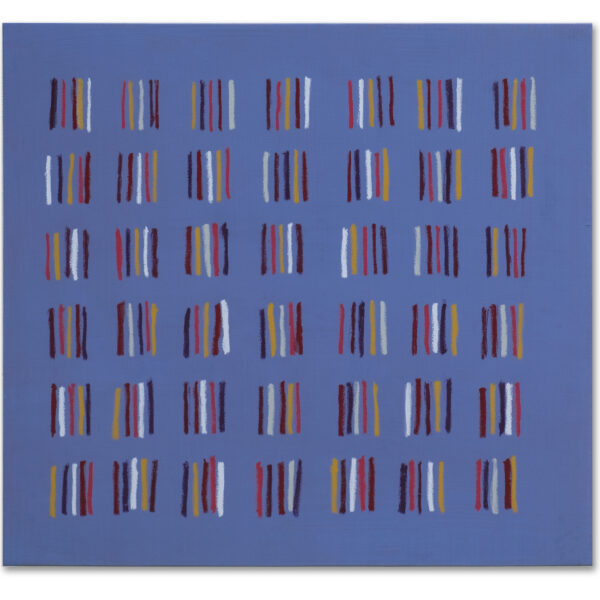 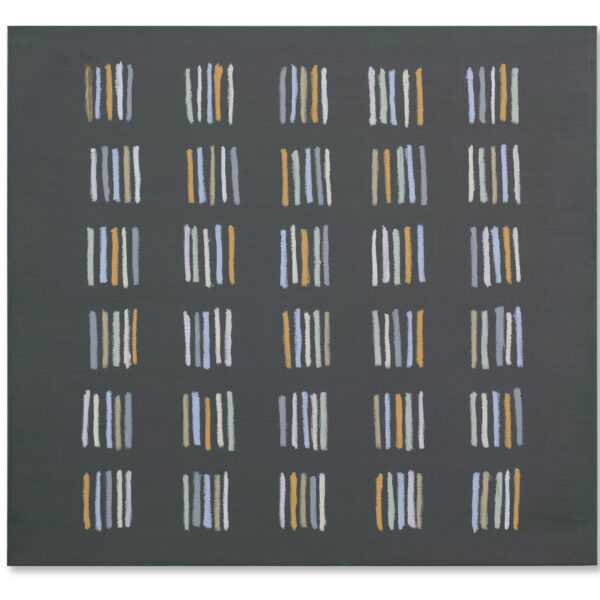 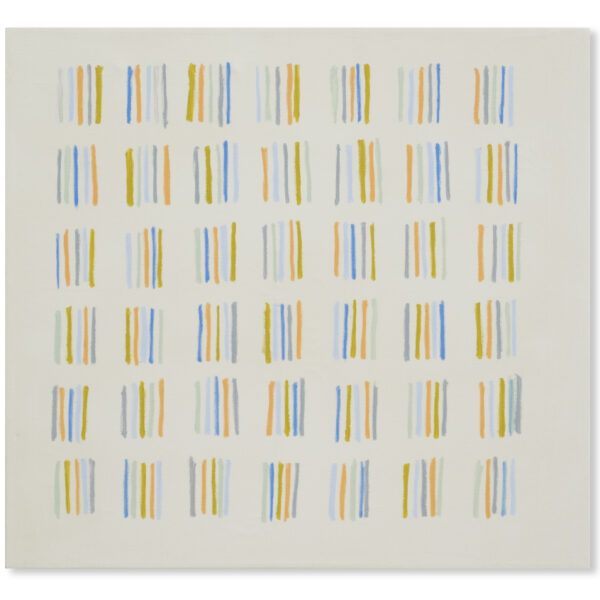 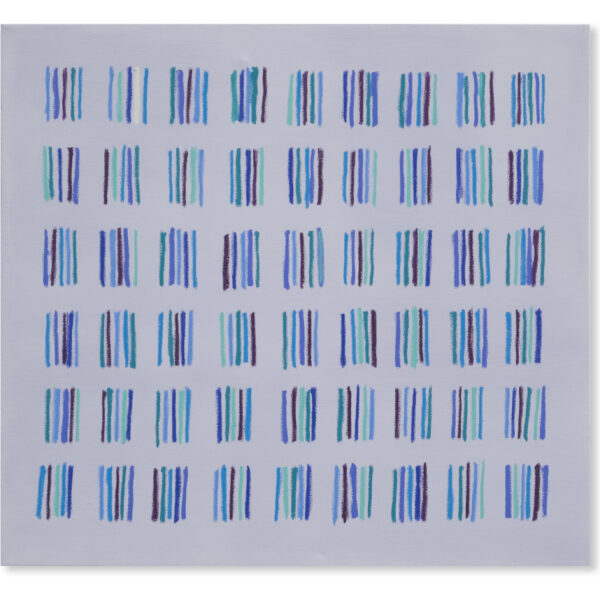 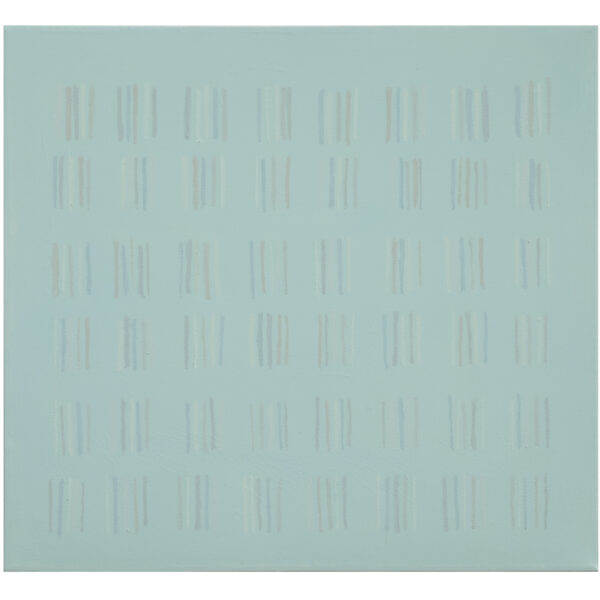 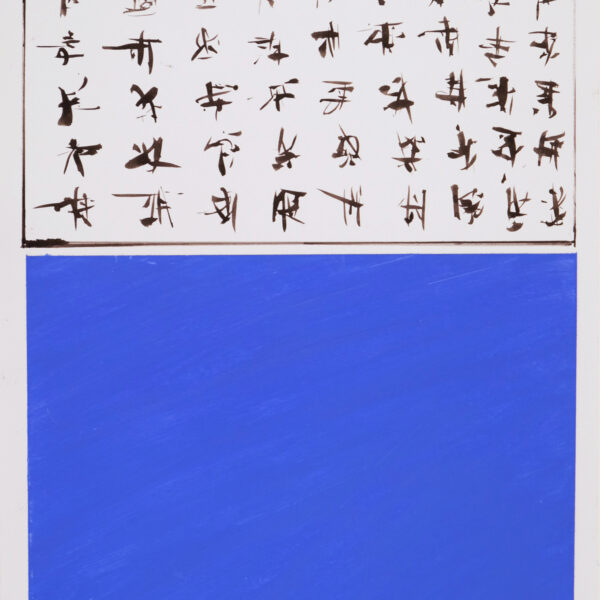 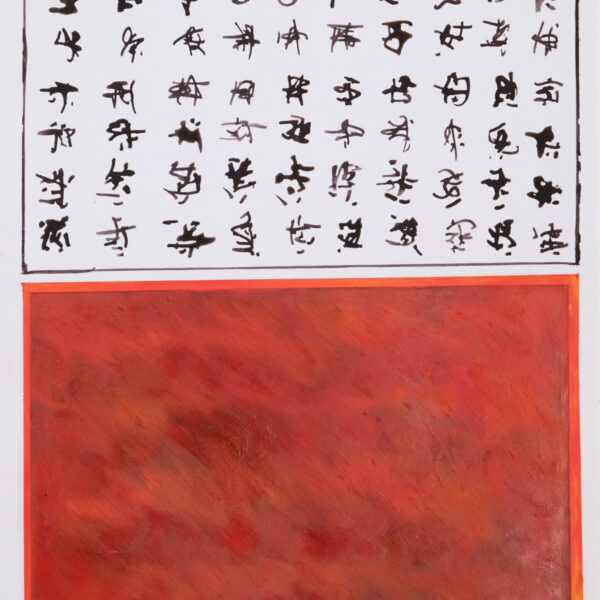 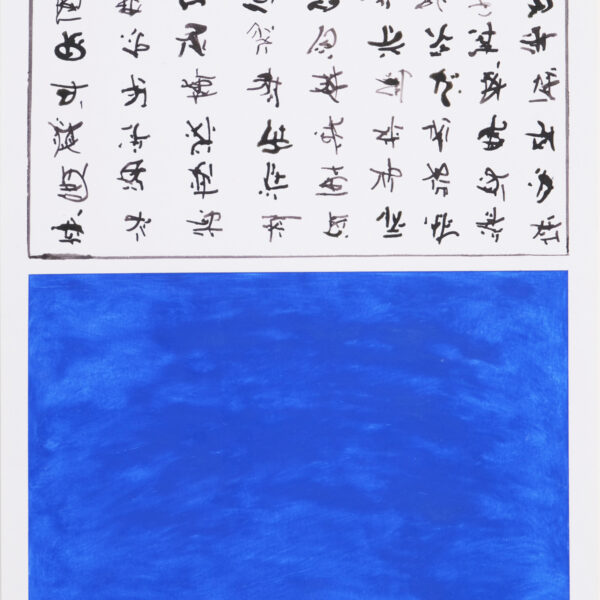 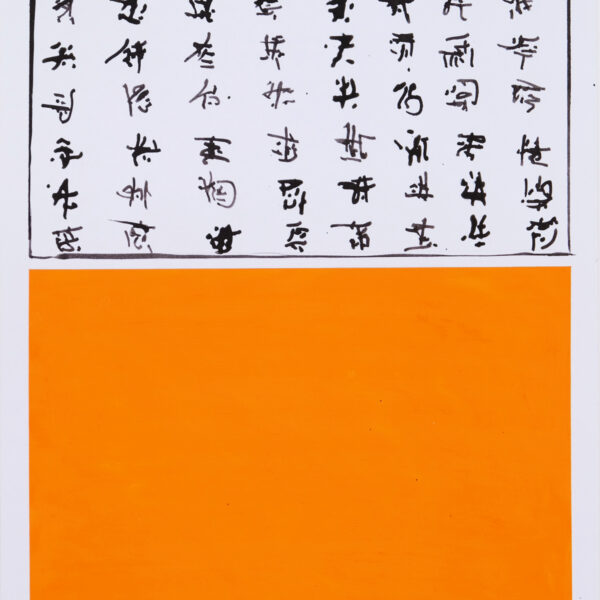 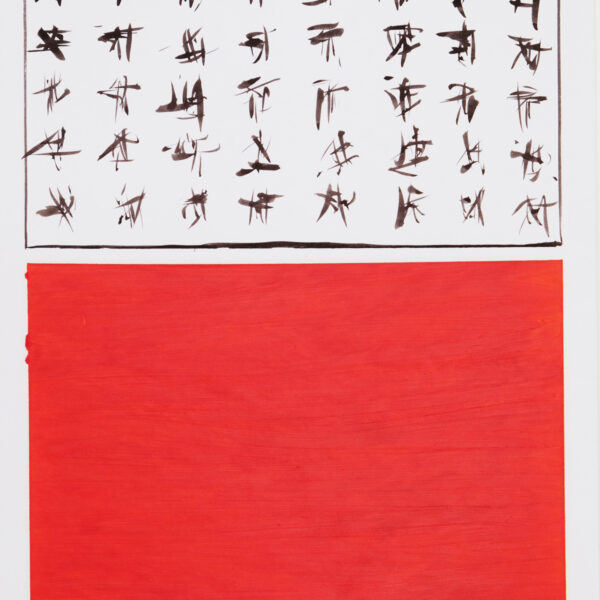 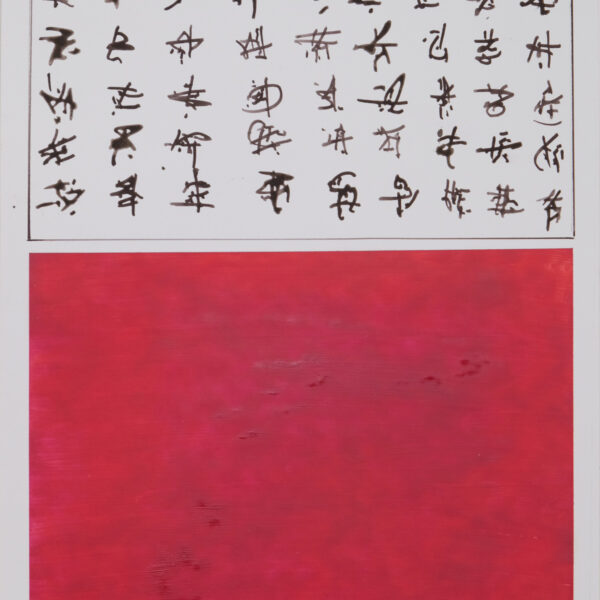 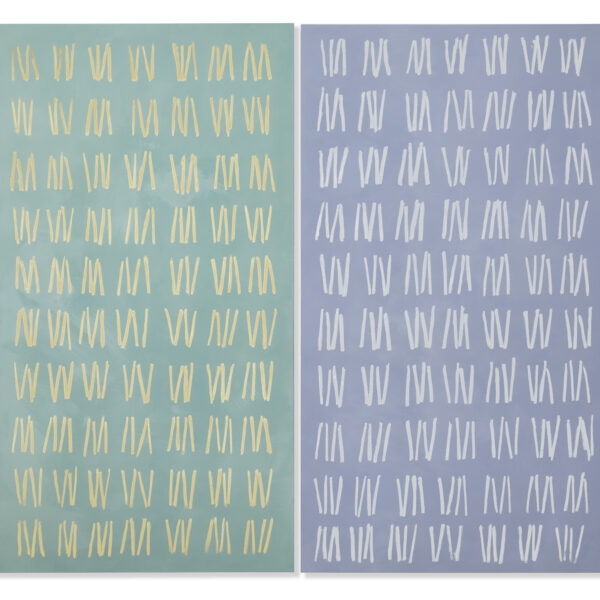 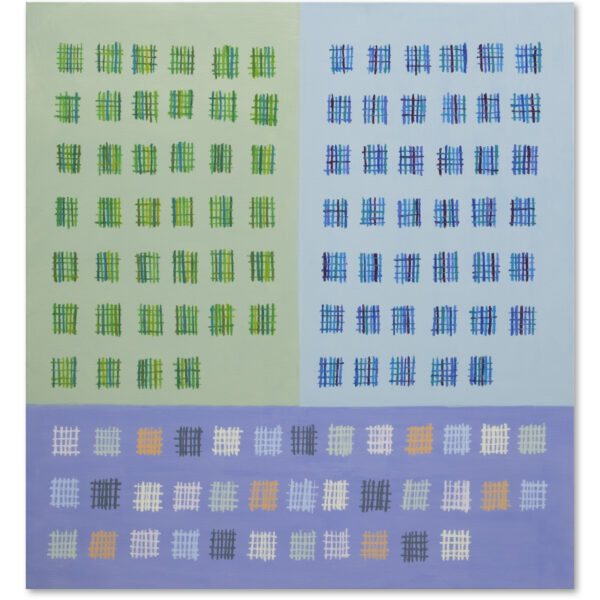 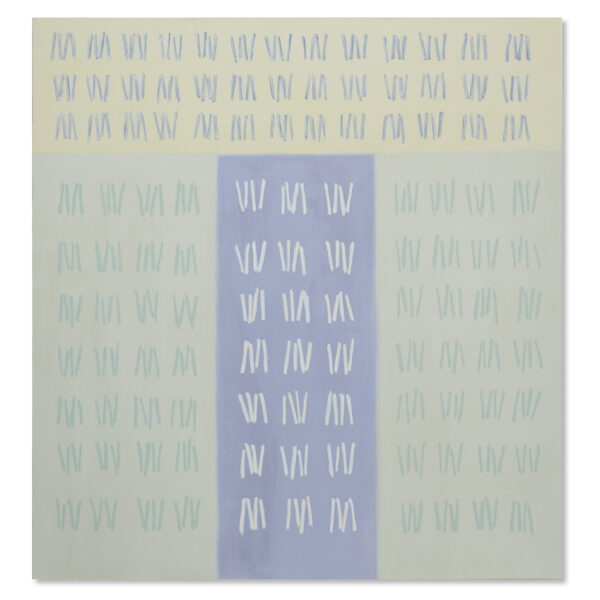 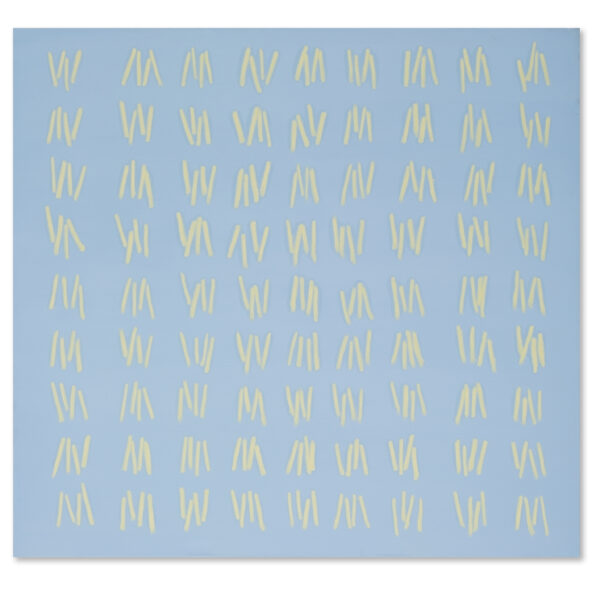 It was the Year 1907, it was a Tuesday of October – almost surely a rainy day – when Rainer Maria Rilke wrote a letter to his wife, confiding her that «it’s the color making the painting». Rilke achieved this conclusion after looking at Venetian’s painters, in particular way at the exuberant Tintoretto.
As Charles Sanders Peirce said, everything the experience deems to teach us, gets taught as a surprise. The astonishment felt by Rilke in front of the Venetians is the same one felt by Nataly Maier during the Grand Tour which led her to get to Italy. The Masterpieces of the Genius from ‘400 and ‘500 at the same time both touched and disconnected her, marking a no-way-back point. The Artist decided to move to Italy but, above all, decided to waive her photographic researches in favor of painting’s. The basis of the craft has been empirically taught by her by attending Galleries and by getting close to the Artworks there shown. And since the best way to learn is by watching and exercising, Nataly Maier got comfortable with painting (more precisely with the egg tempera technique, the most suitable one to her needs), by seeking to a luminous and speculative aestheticism. Loyal to her Teutonic origins, the Artist focused her research towards the color – namely the light – linking herself back to a Goethian, more than Newtonian, conception, action at which she focused on trough the last two decades.

Summer 2021, first half of July. I received a phone call from Davide Silva, which was informing me about his intention to plan a personal exhibition of Nataly Maier, asking me also if I was willing to visit the Artist’s Atelier. My answer was no other than positive, not only because I had been charmed by some of her recent Artworks, but also because I promised myself to meet her in person. Furthermore, a couple of esteemed colleagues were signing the praises. Teased by the pleasant opportunity, I decided to meet her the following day.
While I was getting to the Atelier, I wasn’t keeping particular expectations, since I was more into having proof of what I already saw and knew about her. As soon as I walked into the Studio, my attention got caught by two big hung canvas on the wall. Those paintings were totally different from the former cycles Maier made till then. At first, I was blown away by looking at those Artworks she had worked on; the monocrome backgrounds, painted by choosing very soft dyes (which immediately reminded me to Tiepolo, as much as Morandi and Calderara), were crossed by a dense serie of standing out and vibrating signs over the basis. As just said, I was looking for confirmations, not surprises: the sudden astonishment I was permeated by, was persuading me also to keep silence in order not to break that idyll.

When I usually relate to the Artists, I never indulge in compliments; I prefer to set up a dialogue avoiding any kind of pleasantries. But, caught off guard by Maier’s Artworks, I unexpectedly became talkative, being unable to not express my enthusiasm. If Fernando Menéndez had stood in my place, he would have said that the creation goes from surprise to surprise; state that, I’m pretty sure, was able to amaze not only myself but also the Artist at the end of the first quarter of this cycle. After the several lockdowns occurred in the last two years, Museums and Galleries got back to their exhibition activities, and it looked like a little – or almost nothing – was in the meanwhile changed. Everything started back from where it stopped. After a constrained cloister, I started again to attend exhibition spaces too, despite none of them aroused particular feelings in me. On the other side, Nataly Maier’s Artworks appeared at my eyes like a breath of fresh and mild air, from the beginning. But everyone reading these lines won’t have to get tricked, because nothing sensational will be found in these paintings, nothing that will wince anyone at first glance. Maier’s paintings surprise for their simplicity, for a vivid sensation filling the eyes of colors. Only the most expert user will be able to spot in them that particular quid, as simple as spontaneous, which will lead to ask: “Why nobody ever though about it? Why nobody did it before?”. (Paradoxically, the most simple things appears to us as the most enigmatic ones). In this sense, the pandemic played a fundamental role. If Covid-19 wouldn’t be spread in a so viral way, probably none of this would ever happened to Maier’s research. From March to May of last year, the emergency situation brought us in a sort of blank-present, in a limbo pulling down the majority of people. But this is not Maier’s case, which was able to treasure this motionless and undetermined moment. Based in her Atelier, she started to let the paintbrush flow, without any inhibition, for the pure pleasure the art of painting always manage to instill to the Artists.

In the past, the Artist dosed the color creating a dichotomy with both images and words, paraphrasing then the Masterpieces of Renaissance’s Genius, distilling the landscape in chromatic fields, crossing or defining the boundaries of the pictorial surface; but this time, however, she decided to scompose the cinese ideograms reducing them to graphemes, more close to algebra than to semantics. It seems like every sign have been drawn to beat time, a time everyone of us was struggle to feel. A time that got paralyzed: a day after another, a day like another. Mayer’s paintings reflects that apparent repetitiveness, and despite so, they represent slight, but substantial, vibrations. The writing-structure impressed on the Artworks is following an additional process (sign after sign) which gets null at the end of the action, because what emerges is not the sum of the symbols but the insularity of the artistic outcome. Carefully watching, Maier managed to beat color rhythm through a swarm of signs-actions which led to a renovated, and retaken, trust in the egg tempera’s haziness. The Artworks Nataly Maier painted during the lockdown could have been synthesized in a normal interlude, an inevitable attempt to spend time, but, instead, they kept on proliferate, painting after painting. They achieved concreteness. They received the proper devotion from the Artist. It has been necessary just to untie the wrist and the arm. It has been sufficient to indulge to the action of painting’s pleasure.
Watching Maier’s new paintings is like getting back to breath outside and to feel beaded by fresh, light, as untouchable as ineffable, tones. However, nothing is as simples as it seems: «the color is the place our mind and the universe meet. And this is the reason why it appears unexpectedly dramatic, at authentic Painters». The color is above all an achievement, and in the best situation an inexplicable astonishment Maier decided to share with us.